Four companies that are getting D&I right, including how they have learned from their shortcomings.

During Pride Month 2021, The Guardian shared a report showing that 25 companies who are vocal in their support for D&I simultaneously made political contributions to candidates that are openly anti-LGBTQ. Even more companies may be making concrete efforts in the D&I space while simultaneously generating ethical controversies in their business practices, which contradict any emphasis they might claim to make in the area of workplace culture. After rigorous vetting, this list provides a spotlight on companies that are getting it right, including how they have learned from their shortcomings.

1. Slack – Be Transparent in Diversity Reporting

Like many companies today, Slack alleges that diversity and inclusion are core values. What sets it apart are the consistency and transparency that go into solidifying these claims. For the last several years, Slack has been publishing diversity reports on the distribution of women in leadership positions, composition of ethnic minorities, and numbers of people identifying as LGBTQ+ at the company. While these reports show incremental increases in some areas from year to year, they are also open about which points are in need of improvement. They use their diversity reports and surveys as a potent source of data in informing which concrete steps to take in remedying these discrepancies. Moreover, they know when it’s best not to tackle these issues alone. They have partnered with diversity consultants to develop an action plan and to assist in analyzing exit interviews to pinpoint where improvements are needed. As a result, some of the strategies and projects that Slack has implemented include sponsorship programs for members of historically marginalized groups, Employee Resource Groups, and proactive recruitment focused on sourcing talent outside of typical programmer pipelines.

Gitlab shines for prioritizing retaining diverse talent in addition to recruitment. According to Venture Up, in order to do so, “They have hired a D&I Director, set explicit diversity goals, pay bonuses for employee referrals for candidates from underrepresented backgrounds, conduct unconscious bias training and established voluntary team member groups that drive diversity locally and within specific teams.” Gitlab has especially stood out as a leader in the D&I space while being an all-remote company spread across 68 countries. Rather than simply taking demographic data at face value, they manage this feat by keeping track of where they are headed through the use of people analytics to identify performance indicators. These include factors such as pay equality, distribution of minorities in management positions, and promotion rates across demographics.

Marriott is included in the top 10 on Refinitiv’s list of most diverse and inclusive companies in 2021, and for good reason. It is regularly featured in these and similar rankings because, according to LearningPool, “It does this by adopting two core cultural themes: inclusion by surfacing commonalities, which looks at the shared desires employees and guests have despite their differences; and inclusion by surfacing differences, which celebrates what makes each employee unique.” In practice, this approach manifests in providing high levels of upward mobility within the company resulting in increased job satisfaction reported across a spectrum of age, gender, and ethnicity. Marriott also stands out from other firms in its industry by offering training programs specifically directed towards members of marginalized groups such as people with disabilities. They have also been working to prioritize women led businesses in their supply chains to create a ripple effect in elevating diversity in their business affiliations.

Since the 1930s and 40s – decades before the Equal Pay or Family Medical Leave Acts were passed – IBM has been offering equal pay for equal work and parental leave to new mothers. An exemplary case of D&I before it became trendy, IBM continues to rank within the top 5% of Comparably’s diversity scores. What makes IBM especially interesting in this contemporary moment is how they have used the pandemic as a means to continue to evolve their culture to meet their core company values toward a more humane workplace. According to Forbes interview with IBM’s HR executive, Nickle LaMoreaux, the remote working environment was used to foster teamwork, work-life balance, and empathy. IBM mobilizes their own AI tools to understand the employee experience, and take living up to cultural aspirations seriously. They have also made space on their leadership team to focus investing in culture, such as the Chief Heart Officer and the VP of Culture and Transformation. IBM recognizes that fostering a culture of inclusion is fundamental to creating communities where diversity can thrive. They measure the ROI of prioritizing workplace culture and engagement in terms of retention, ability to acquire candidates, and in how customer experience translates to revenue.

Blinkist Collection: How To Build An Inclusive Workplace Culture

View here or by clicking the image below. 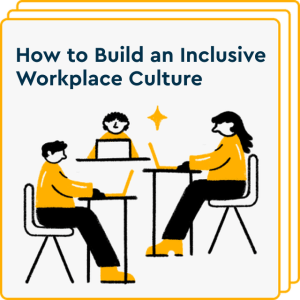 These four companies offer exemplary cases on D&I done right through a number of core themes that can be applied to virtually any company including consistency and transparency in data reporting, mobilizing people analytics to pinpoint KPIs, and implementation of concrete projects aimed at addressing pain points. If you want to learn more about how to successfully launch your own D&I project, read Blinkist Head of Culture & Community, Mertcan Uzun’s 7 action steps, or Book a Demo with our Blinkist Business team.

Blinkist eBook – From Ideals To Actions: A 7-Step Guide To Launching A Successful Diversity & Inclusion Project

View here or by clicking the image below. 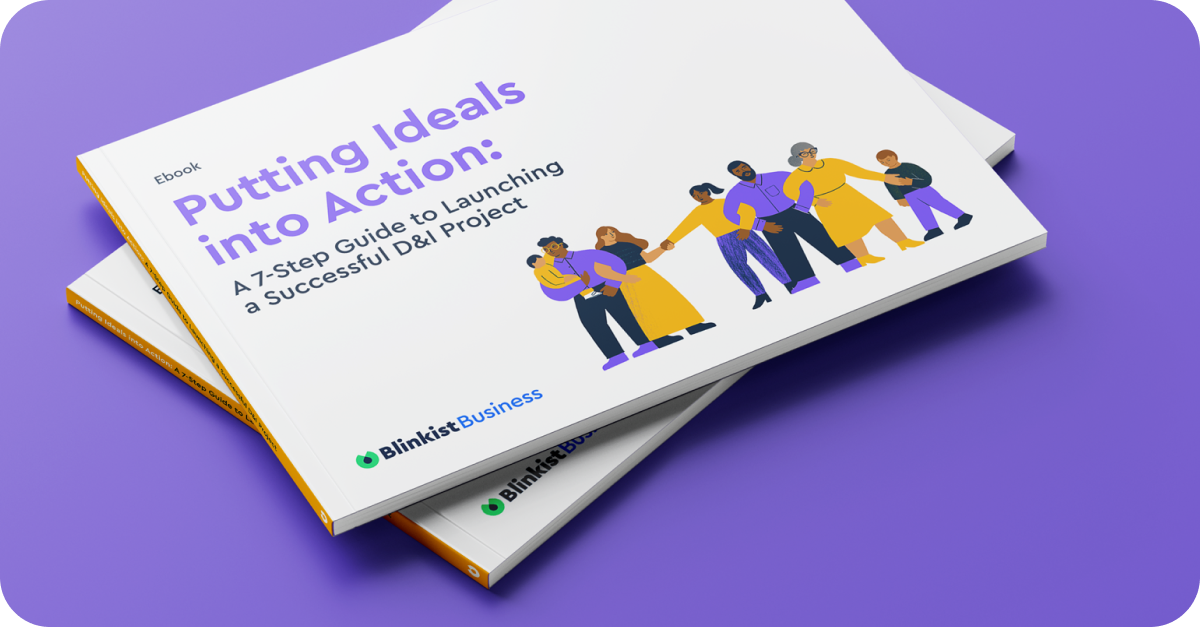 If you’d like to learn more about how Blinkist can help you with your D&I and other training efforts, click below to book a demo with our team.