Tap image to access this collection in the Blinkist app.

From movers and shakers in the sports and entertainment industries to contemporary thinkers who offer new ways of seeing and driving progress in the world, this collection brings together the stories and works of cultural icons and activists from the Black community.

Whether you’re looking to pursue a career in the creative industry, fight for women’s rights, or create opportunities to lift up individuals in your community, you’ll find a story in this collection that will inspire and speak to you.

Items in this collection 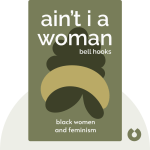 Ain’t I a Woman

Ain’t I a Woman (1981) is a work of feminist scholarship that explores the complexities of living in the United States as a Black woman. Hooks examines the convergence of racism and sexism in major political and social movements throughout American history. 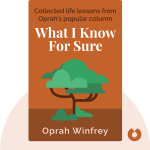 What I Know for Sure

What I Know for Sure (2014) outlines the moments that shaped Oprah Winfrey into the phenomenally successful person she is today. Oprah shares her experiences and insights on overcoming hardship and how she used that strength to forge a path toward reaching her full potential. 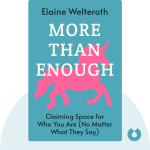 More Than Enough (2019) is part memoir, part manifesto. It details the triumphs and travails of Elaine Welteroth’s journey to success, beginning with her small-town childhood and ending with her decision to leave her seat as editor-in-chief of Teen Vogue. But it’s more than an inspiring success story. It also offers wisdom, tips, warnings and encouragement to anyone who’s ever been told that they aren’t enough just the way they are. 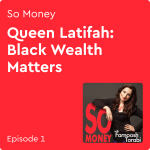 How do you avoid becoming trapped on the hamster wheel of non-stop working for more and more money? In this episode, Queen Latifah—one of Hip-Hop’s greatest—shares her invaluable money and career insights, plus true advice for staying on top of your financial affairs. 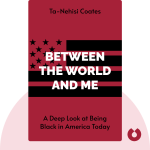 Between the World and Me

Between the World and Me (2015) is an open letter to the author’s 15-year-old son about the realities that Black men face in America. Filled with personal anecdotes about the author’s personal development and experiences with racism, his letter tries to prepare young Black people for the world that awaits them. 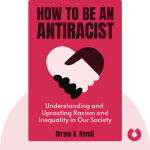 How to Be an Antiracist

How to be an Antiracist (2019) explores the causes of and solutions to the racism that plagues our societies. Drawing on his own experiences as well as political and historical insights, the author shines a light on what he argues is a truly antiracist perspective and explains how you can effect change in an unjust world. 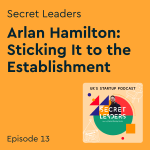 Arlan Hamilton: Sticking It to the Establishment

Silicon Valley is often considered progressive and leading edge, but what if you were told less than 10% of VC investment goes to women, people of color or LGBTQ founders? Suddenly things don’t seem so progressive. Arlan is a black, gay investor, who through her company Backstage Capital, has made it her mission to rebalance the scales by investing into people of color, women and LGBTQ founders. Through this episode you’ll learn about her journey and the barriers that underrepresented founders have to face.

Unbound (2021) is a powerful memoir by Tarana Burke, the founder of the Me Too movement. Survivors of sexual abuse stay silent because of shame and victim-blaming around the abuse. The Me Too movement has created a remarkable community of survivors who support each other in challenging stigma and holding perpetrators to account. 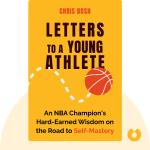 Letters to a Young Athlete

In Letters to a Young Athlete (2021), basketball legend Chris Bosh shares the wisdom he earned through his remarkable career. Bosh shows us that true excellence requires deep motivation, mastery of self, and a commitment to something far greater than money or fame. 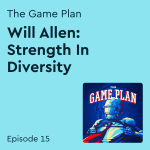 Will Allen: Strength In Diversity

Back in the 1960s—a flashpoint era in the US’s struggles with race issues—one NFL franchise owner moved to recruit more African-American players to his team. The result? Huge success. NFL star Will Allen has adopted the same approach of diverse hiring practices at his fund Magarac Venture Partners, and shows how strength lies in celebrating and embracing our differences. 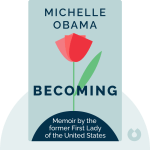 Becoming (2018) tells the story of Michelle Obama, née Robinson. Born to loving parents in a working-class Chicago neighborhood, she grew into a strong, independent woman, who just happened to meet and fall in love with a man named Barack Obama. This is the life story of a woman who didn’t expect to become the first African-American First Lady, yet found a way to continue exercising her own unique voice under the most unusual and trying of circumstances.

Get inspired on Blinkist

Blinkist connects more than 21 million people and over 800 organizations to powerful ideas from nonfiction bestsellers and popular podcasts—helping them to broaden their perspectives, make better decisions, and ultimately grow and thrive in all areas of life.